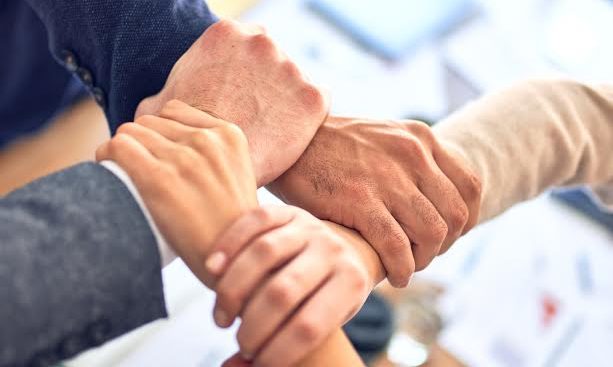 Stage 0: No Trust And Individual Silos

When there’s no trust between functional teams, people feel like they’re being left out. Employees of an organization might be frustrated about not being included in decision-making or problem-solving issues that affect their departments. Breakdowns occur left and right as decisions are made hastily by one team, only to have unintended and negative consequences on another that then need to be fixed.

This is what I call Stage 0 of trust, where there is none. It’s a stage of ignorance, and while it might seem quicker and more efficient than getting everyone’s input on everything, it’s actually far more time-consuming in the long run.

Stage 1: Inclusion Of Everyone

When we realize that making decisions without consulting each other is counterproductive, costly and causes deteriorating relationships, the move is to include everyone in decision-making and problem-solving.

Problem-solving together around priorities is the only way to learn about each other’s functional areas. Information-sharing gives you only a passive update; problem-solving allows you to put yourself in another department’s shoes, learning their constraints, dynamics and the systems and processes within that department.

The whole purpose of the problem-solving sessions is not just about the priorities but also to grow people to understand how the business operates on a practical level. Leaders of functional teams typically manage their operating area blind, or without knowledge of how other functional teams work and what they need in order to be successful. This is not only inefficient, but it’s also very damaging to trust. Once leaders can start to include everyone in problem-solving and decision-making, backtracking and fixing unintended consequential issues that arise from siloed decision-making begin to drop substantially.

This stage can be very time-consuming and cumbersome, but it’s better than having no trust at all where everyone is divided.

Stage 2: Representation Of Everyone

In the final stage of trust, inclusion is replaced with representation.

Representation is the true goal and groundwork for trust. In the beginning, it’s include everyone because there’s no one who can represent anyone else. But in the long run, most people are more concerned about being represented than they are about being included. In this stage, the needs and impact on other areas are included and represented, but not every leader needs to be present to make a decision because the decision-maker understands the needs and constraints of all departments.

With this level of trust, decision-making, problem-solving and movement on priority outcomes go extremely quickly because the entire organization is seen and understood on a practical, functional level by all leaders. There’s no need to waste time including everyone, and there won’t be any wasted time in the aftermath fixing breakdowns caused by blind decision-making.

This article was first published as a Forbes Coaches Council Post.