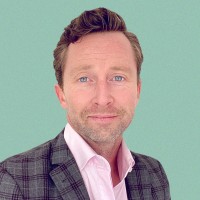 Most recently, Prince founded NetNetSynergy.com, a free resource site for students and young professionals in the PR and Marketing industries. It provides virtual mentorships, job postings and resources to help support young professionals during the pandemic.

Previously, Prince led social media engagement for the Walt Disney Co. where he developed and managed the company’s first ever Social Media Command Center and online engagement program. Prior to that, Prince was Sr. Manager of Executive Communications, handling speech writing and strategic communications for the President of Disneyland and over 70 executives.

Prince has been recognized in ADWEEK’s 31 Young Influentials List, and two 40 Under 40 lists: PR Week and OC Metro Magazine. Most recently, he was recipient of Public Relations Society of America’s Distinguished Service Award, their highest honor to an individual leading the local community in Public Relations.

He served as President of the Public Relations Society of America (PRSA), Orange County Chapter in 2014 and is the advisor to his alma mater (California State University Fullerton’s) PRSA student chapter since 2011. He was inducted in to the PRSSA National Hall of Fame and was named ‘National Advisor of the Year’ twice (2013 & 2015).